CBD oils are increasingly popular among medical patients, athletes, and consumers looking for muscle relaxation, general therapy, and anxiety reduction. But their legal status remains utterly confusing—especially since the US Drug Enforcement Administration published a rule regarding CBD last December.

In that rule, the DEA reiterated that all cannabis extracts, including CBD, are considered Schedule I substances. The agency said the clarifying rule was needed to bring US law into conformity with United Nations treaties governing controlled substances.

But the clarification only served to confuse both consumers, CBD manufacturers, and retailers. And it was almost immediately challenged in court by a consortium of hemp and CBD oil producers.

More recently, the DEA issued a clarification to the clarification. It clearly stated: “Cannabinoids, such as tetrahydrocannabinols (THC), cannabinols (CBN) and cannabidiols (CBD), are found in the parts of the cannabis plant that fall within the CSA definition of marijuana, such as the flowering tops, resin, and leaves.”

Meanwhile, CBD laws vary from state to state, and while the DEA considers it illegal under federal law, CBD products remain available for sale in health supplement shops and organic food stores around the country—though some of them might not contain all that much CBD.

We’ll try to sort through it all for you.

CBD Is Legally Allowed in 44 States

Cannabidiol, or CBD, is just one of over a hundred cannabinoid compounds found in cannabis. THC is the cannabinoid most folks are after when looking for a high. In contrast, CBD is non-intoxicating. In the 28 states where medical marijuana is legal, CBD products are covered by those same medical marijuana legal protections.

Even in those states with CBD legal protections, however, the substance is considered federally illegal by the DEA.

Only six states—Idaho, South Dakota, Nebraska, Kansas, Indiana, and West Virginia—still consider every part of the cannabis plant, including CBD, to be illegal.

Most states with CBD-only laws allow possession, but do not allow licensed dispensaries, home cultivation, or any other supply infrastructure. In other words, registered patients can have it and use it but can’t legally obtain it.

In Georgia, for example, the legislature passed a law in 2015 that made legal possession of up to 20 ounces of CBD for patients with qualifying conditions like seizure disorders and multiple sclerosis. The law does not, however, set up any supply infrastructure—there are no licensed dispensaries or producers. Recently, the Georgia legislature passed a compromise law that includes Alzheimer’s disease, AIDS, autism, epidermolysis bullosa, peripheral neuropathy, and Tourette’s syndrome in the list of diseases that can be treated by CBD—as long as that CBD oil has no more than 5 percent THC.

Alabama’s laws allow CBD possession for qualifying patients through a clinical trial program at the University of Alabama. But the state doesn’t carve out any legal protections for production or distribution.

In the six states without CBD laws or medical marijuana laws, CBD remains a drug that’s punishable, in theory, by arrest. But it seems to be an extremely low priority for most law enforcement agencies. We could find only a few instances of anyone being arrested for CBD oil sales, and no examples of arrest for simple possession.

In practice, selling CBD seems to be legally riskier than possessing it. The DEA’s priority seems mostly to concern commercial violations; most cases involved smoke shops and non-cannabis vape stores selling CBD cartridges. In 2015, police seized CBD cartridges at a vape store near Milwaukee, but the store owners were never arrested or charged. (A 2014 law made it legal for patients to possess and use CBD oil in Wisconsin, but the law did not make it legal to sell.) That same year, police in central Florida arrested the owner of a local smoke shop chain for selling CBD products.

Did the DEA’s recent rule on CBD destroy the market and end all access to the compound? In a word, no.

“The sky is not falling; however, this is a very concerning move by the DEA,” attorney Bob Hoban told the Denver Post the day the rule was posted. “What it purports to do is give the DEA control of all cannabinoids as a controlled substance.”

Hemp growers weren’t happy about the DEA’s rule. Hoban says the DEA skirted an established federal process: Only Congress can add a new substance to the Controlled Substances Act.

The Hemp Industries Association, or HIA, is a California-based international non-profit with 74 US agricultural and commercial companies as members. RMH Holdings is a Colorado hemp producer. Centuria Natural Foods launched in 2014 as a hemp food producer. Since then, the company has entered many licensing agreements, including with Hi Brands International, Inc, a subsidiary of former presidential candidate Gary Johnson’s Nevada-based company, Cannabis Sativa, Inc.

The companies challenge the method the DEA is using more than the impact.

“The DEA cannot create a statute,” Bob Hoban, the firm’s managing partner, told Leafly in an interview last month. “That can only be done by Congress.”

Opinions are divided on whether the DEA’s rule itself was legitimate. DEA officials contend that the inclusion of CBD in the Federal Register notice was almost an afterthought. According to DEA spokesperson Russ Baer, CBD has always been illegal. Cannabinoids, he told Leafly, are the controlled substances.

“The DEA’s view on what constitutes a controlled substance has never changed,” Baer said.

Paul Armentano, deputy director of NORML, the National Organization for the Reform of Marijuana Laws, takes an uncharacteristic stance on this issue. He sides with the DEA.

“The DEA makes it clear they don’t have to explicitly list anything as a controlled substance as long as a substance is intended for human ingestion, not approved as a drug by the (US Food and Drug Administration), or is structurally or pharmacologically similar to another controlled substance,” he told Leafly. “This DEA rulemaking change doesn’t make it any more illegal” than it previously was. The new rule “was an administrative change,” Armentano added. “It has nothing to do with law enforcement.”

Armentano pointed to several pieces of evidence as proof that CBD has always been treated as illegal at the federal level. Congress has tried and is currently trying to pass bills to remove CBD from the Controlled Substances Act—which would be unnecessary if the compound were already legal. Further, the Controlled Substances Act itself specifies that the government has the right to control substances that are chemically similar to the ones explicitly listed.

Rod Kight, a North Carolina attorney who specializes in business law and cannabis policy, has written a number of lengthy blog posts that get into the case law and legal technicalities of CBD. Those are available here, here, and here.

Can CBD Be Derived From Hemp?

The DEA’s controversial late-2016 rule sparked a conversation about the connection CBD has with hemp, the non-intoxicating form of cannabis from which many CBD manufacturers say they source their CBD.

According to DEA spokesperson Baer, a CBD product’s legality will depend on where it is sourced.

“If the products are derived from the non-intoxicating part of the marijuana plant,” he said, “then you’re talking a non-controlled substance.”

As a rule of thumb, this means whole hemp products that may contain CBD are legal, but CBD isolate products are not. So hempseed oil is federally legal. But hempseed oil is not legally the same thing as CBD oil.

What is hemp? Good question.

The 2014 Farm Bill legalized hemp production if it takes place for research purposes under an approved agricultural pilot program. Hemp is cannabis with less than 0.3 percent THC by dry weight, by these laws. So hemp technically may contain some THC—but in such minute amounts that it’s not considered psychoactive at all.

The Farm Bill of 2014 makes no mention of CBD—just hemp fiber and seeds, which a US Department of Agriculture guidance letter said must be for “exclusively for industrial purposes (fiber and seed).” Does that mean CBD derived from hemp is legal?

Possibly. But there is disagreement over whether it’s even possible to extract CBD from hemp fiber and seed.

Martin Lee, co-founder of Project CBD, told Leafly that hemp fiber and seed contain no usable amounts of cannabinoids. “Cannabidiol can’t be pressed or extracted from hempseed,” he writes. “CBD can be extracted from the flower, leaves, and, only to a very minor extent, from the stalk of the hemp plant. Hemp oil start-ups lack credibility when they say their CBD comes from hempseed and stalk.”

Is There CBD in Your CBD?

Probably. But not necessarily.

Ironically, the only four states where you can be absolutely sure that the CBD content claimed on the label is the CBD content in the bottle are Colorado, Washington, Oregon, and Alaska, where adult-use cannabis is legal and regulated. That’s because the CBD products available in licensed retail cannabis stores must pass state-mandated lab tests to assure their purity and potency. In fact, if these products haven’t gone through state testing, they’re liable to be seized, as happened recently in Alaska.

Outside of those four states, consumers must put their trust in the manufacturer. Sometimes that’s warranted, and sometimes it’s not. In 2016 and 2016, the FDA ran tests on several CBD products and found that many of the products had far less CBD than advertised, and in some cases none at all. You can find those test results here for 2015, and here for 2016. (These FDA tests were done as a one-off project. CBD products are not approved by the FDA for the prevention, mitigation, or treatment of any disease or condition.)

CBDRx markets itself as a premier source of CBD-rich hemp products, and it agrees with Martin Lee to a point. Industrial-grade hemp imported from Europe or Canada might not contain enough cannabinoids to be effective, but CBDRx’s specifically engineered hemp strains do, company representatives said.

CEO Tim Gordon did agree with NORML’s Armentano that the DEA’s rule was largely administrative, and had nothing to do with enforcement.

Still on the Shelves, Mostly

Several CBD manufacturers would not speak on the record for fear of inviting federal retaliation, but said they’ve recently had trouble selling their products to non-cannabis retail stores. In January, the Seattle Central Co-op pulled CBD products from its shelves in reaction to the DEA rule. Meanwhile, CBD remains available online and at many retail health stores across the nation.

While some are having trouble, others say the fracas around CBD and hemp has backfired on the DEA. CBDRx’s director of sales, Preston Whitfield, said his company has actually seen an increase in CBD interest everywhere but Texas.

Still, he also said he expects the confusion to cause some CBD or hemp producers to be more careful about how they market their products.

“There is a distinct uptick right,” Whitfield said. “We’re seeing different whole industries coming and seeing it serves a specific interest and end.” 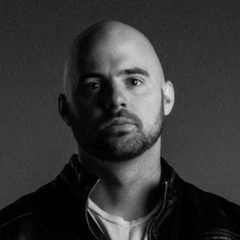 DJ Summers is a journalist and the author of The Business of Cannabis, set to publish in spring of 2018. Follow him on Twitter @djsummers87 or email him at [email protected]