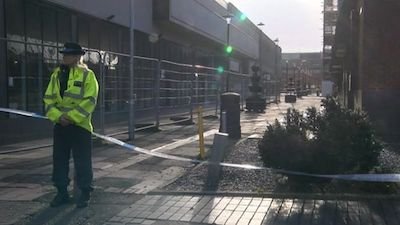 A student under the influence of LSD fell 30 feet from a window at student halls and died, an inquest heard.
Clement Sutter, 19, from Cobham, Surrey, had last been seen in a state of confusion before he fell to his death from a third floor window in Queens Walk, Reading, in January.
Reading Coroner’s Court heard Mr Sutter had taken “one of the most potent hallucinogenic agents known”.
Senior Coroner Heidi Connor concluded his death was an accident.
The court heard Mr Sutter, who was a first year at Syracuse University in New York state, returned to the UK for Christmas and visited a friend at student halls Queens Court in Reading on the night of 8 January.
In a statement Rokkvi Adalsteins told the court Mr Sutter had been drinking and took LSD, before he later started becoming “jittery” and his arms started “shaking”.
“Clement found it hard to concentrate. I’ve never seen him like this,” he said.
He said he did not notice Mr Sutter leave the flat, and later searched for him before finding him laying on the ground in the courtyard of the halls at about 06:00 GMT.