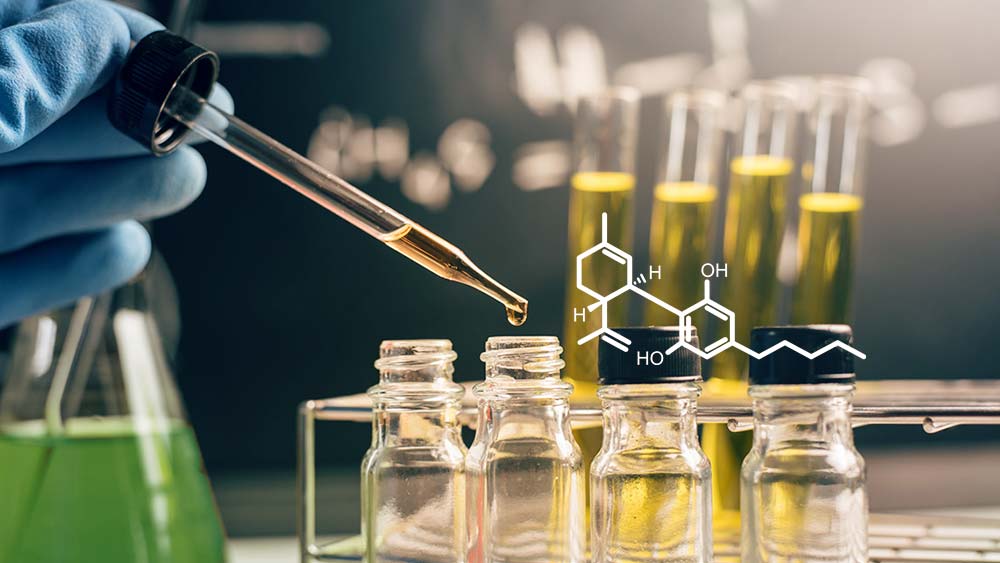 By now, most of you know what CBD is. But going into more detail makes an average consumer give up grasping this whole CBD “hype” thing. For example, do you really know what a CBD distillate is and how it’s different from, let’s say, broad-spectrum products?

We already talked about types of CBD extracts, such as full-spectrum, broad-spectrum, and CBD isolates. CBD distillate is a newer “invention” that may have an edge over some older ones, but before you take that statement for granted, know that the effects of CBD are different for everyone. What’s better for some might not work for others.

Let’s back up and explain the key concepts and processes behind CBD extraction, focusing on CBD distillates. We hope you won’t give up in the middle, because understanding can really help you find that ideal CBD product for you.

(There’s no harm in pointing out the difference between using a CBD product that’s not suited for your organism, and a product that corresponds to your unique characteristics. In case #1, you won’t feel any benefits of the product, and besides wasting money, you’ll come to believe that CBD is a placebo at best. In case #2, the CBD will treat some health issues you’re struggling with, helping you improve your quality of life.)

What Are CBD Extracts?

The cannabis plant has over 100 cannabinoids, and other components such as lipids, terpenes, flavonoids, vitamins and minerals. Historically, people consumed all these compounds together, either as smoke, food or drink.

While people still use cannabis the same way in many cases, today we also have technologically advanced ways to filter out certain unwanted compounds. That is called extraction.

CBD extraction is the process of separating CBD from other cannabinoids, terpenes, etc. These extracts can either be absolutely pure – meaning there’s only CBD left in the product – or they can consist of mostly CBD but also contain a small percentage of other cannabis constituents.

CBD isolate is a white powdery substance that is the purest form of CBD. It has nothing but CBD in it. It has no taste or smell, so it’s convenient as an added ingredient to CBD products, such as vape liquids, CBD drops, etc.

What Is CBD Distillate?

CBD distillate is a newer product, usually made from hemp. While it’s also very pure (with 80-90% of CBD in it), it contains additional cannabinoids and terpenes that a company chooses to include.

CBD distillate is basically an oil that is golden, amber or sometimes red in color, sometimes smelling like hemp (which may bother some people), but often odorless.

In some ways it is more superior to the isolate, because having a fuller cannabinoid/terpene profile means providing more value and medical potential to users with compounds that act synergistically.

To get back to our question from the introduction – do you know the difference between a CBD distillate and broad spectrum CBD extracts? In a way, they are the same thing. We just need to point out that a CBD distillate doesn’t necessarily have to include all the cannabinoids, flavinoids and terpenes that a broad spectrum product has. It contains only what the manufacturer decides to keep in the product.

The Process of CBD Distillation

This is an elaborate and precise process that consists of several refinement procedures, which is why the end product is so pure and left with almost no THC. The first part is crude extraction, where cannabinoids are removed from the plant using a solvent. Basically, the raw plant is mixed with a solvent (e.g. CO2, butane, alcohol, ethanol….), which helps strip away the cannabinoids.

Next, the substance goes through the process of decarboxylation in order to activate the cannabinoids (and remove most of the terpenes).

Then comes the process of winterization, where the solvent and the cannabinoids are left together in a container at very cold temperatures for a day or two. This step is needed in order to remove THC. At this point the liquid CBD turns into vapor to be purified further, after which it is turned back into liquid.

The last step is distillation, which further removes all unwanted ingredients, impurities, traces of the solvent, etc.

Thanks to such a vigorous post-extraction refinement process that the extract is subjected to, the CBD distillate is usually completely THC-free and free of any contaminants. In that form, it can be used legally all throughout the USA.

How to Use CBD Distillates?

Since distillates are so pure, usually odorless, and tasteless, they are often used as an added ingredient to CBD tinctures, edibles, drinks, topicals, oils. They can also be used in their pure state, which is what the label “CBD distillate” on a CBD product implies. You can also vape CBD distillates using a vaporizer.

Why Does CBD Distillate Crystallize?

People who’ve already used CBD distillates may have experienced their product crystallizing. Some of them may have panicked as well.

The crystallization of CBD distillate is a natural process and certainly not a sign of a product going bad. Because of its molecular structure that is different from THC’s, CBD oil will crystallize at certain high temperatures or at certain density (the higher the concentration of CBD molecules, the more chance of crystallization).

No need to panic. If you ever had the pleasure of eating real honey, you know it crystallizes as well, and when that happens, you just need to heat it up in order to decrystallize it and return it to liquid state.

That’s what needs to be done with the CBD distillate oil as well. You should put the product in a waterproof container and immerse it in very hot water for several minutes until the crystals disappear.

What Makes CBD Distillate Attractive as a Product, and Why Is It More Expensive Than Isolate?

CBD in general has been gaining popularity in the past several years. CBD distillate is particularly attractive for companies because of its versatility. They can use it to infuse many different products, increasing their CBD potency, or they can sell it as a pure product for consumers who are interested in CBD-rich oils and edibles.

Informed buyers are interested in CBD distillates because they know these oils are the best of both worlds. On one hand, they are free of the high-inducing (and in many states illegal) THC, and on the other, they still have a decent portion of other cannabinoids and terpenes to be able to provide a better synergistic effect than a CBD isolate. Hence, the difference in price between these two products.

But as we pointed out at the beginning of this article, we can’t accurately rank CBD extracts and choose the best one. Each product has its advantages that works best for certain users. Some are looking for that sweet entourage effect that seems to promise a lot, while others may be allergic to certain terpenes or do not react well to THC, and will most appreciate the isolate.

Information is key. And hopefully we’ve provided it here.