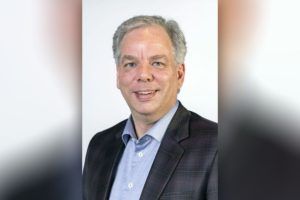 When Aphria bought a notable U.S. craft brewer this week for about $300 million, the Canadian cannabis producer flipped one industry narrative upside down.

In recent years, a number of beverage alcohol companies have bought into the cannabis space – notable among them was alcohol giant Constellation Brands’ acquisition of money-losing Canopy growth.

So Aphria’s deal to buy Atlanta-based SweetWater Brewing Co. represents a first of sorts: This is believed to be the first time a large Canadian cannabis company reached across the border to buy a successful craft brewer.

Executives say the deal gives Aphria a strategic entry into the United States.

It allows the Leamington, Ontario, company to build brand awareness among a key segment of American consumers without running afoul of stock exchange rules forbidding entry into the U.S. cannabis industry.

But it is not without risk, especially for a company with a spotty track record making acquisitions.

Aphria has no expertise running a craft brewery, and SweetWater – though successful in its own right – is not a cannabis company.

The brewer does produce “4/20” offerings using terpenes and natural hemp flavors to “emulate the flavors and aromas of popular cannabis strains,” according to a news release announcing the deal.

So how will the businesses complement each other?

Marijuana Business Daily spoke with Aphria Chief Financial Officer Carl Merton about the rationale for the acquisition, and the company’s future plans in the U.S. market.

This is more than buying a craft beer business. The consumer that has an appeal for SweetWater is a different kind of craft beer consumer. They have almost a cult-like following.

They have an incredible reach to a consumer that is already thinking about cannabis, and this acquisition allows us to access that consumer years in advance of federal legalization.

If federal legalization happens two years from now, that’s two years we have to talk to that consumer about our brands.

How will you protect that cultural identity without corporatizing it?

Look at what we did with Broken Coast (Cannabis). Broken Coast reports to me, and I go to great lengths to make sure it retains its original joie de vivre (joy of life).

We’ve gone to great lengths not to corporatize it.

It will be the same thing for this transaction. Freddy Bensch, the founder (of SweetWater ), is staying. We want to stay out of their way. We want to give them our brands and let their creative people see what they can do with them.

We’re going to have the ability to ultimately give final approval of pieces of the plan, but they need to be able to run. And they now have more resources to run with.

Is Aphria still a cannabis company?

We’re a CPG (consumer packaged goods) company with a heavy focus on cannabis.

I don’t think our focus on cannabis has changed.

In the U.S., we’re taking advantage in (the craft brewing) industry, but at the same time leveraging it for cannabis.

Why not leverage a strategic partnership instead of a $300 million acquisition?

A few reasons, one of which was to have a little bit more control in the final direction.

It’s increasing the total addressable market for our business.

We are always on the lookout for opportunities to intelligently invest in what will be the largest cannabis market in the world, once federally legalized.

Aphria cited diversification as part of the rationale. Why diversify away from cannabis?

I don’t think we’re diversifying away from cannabis. We’re building a CPG company with cannabis, and we’re bringing new opportunities into the company to leverage cannabis.

In CC Pharma’s case (Aphria’s subsidiary in Germany) and this case, they’ve been strong businesses, and it would be a mistake to walk away from the legacy portion of the business.

We expand on it, and we create even more value by bringing cannabis to it.

Eventually you want to sell cannabis beverages, though not in the near term. Why is that market worth playing in given how small and competitive it is?

The focus on this acquisition wasn’t for (cannabis beverages), but it’s an ancillary benefit to the transaction.

Any time you can take an existing brand without having to spend additional money on it, and extend it into another category, provides more potential market for you.

I also think there is a long-term play in beverages.

One of the reasons beverages is a lower-percentage category is how people traditionally consumed beverages.

A lot of consumption happens on-premise versus off-premise, and in the future, if those regulations change and people are allowed to consume cannabis beverages on-premise, it could change the dynamic on how big a category that is.

What has Aphria learned from previous deals that haven’t panned out, such as LatAm Holdings, for instance?

The biggest one is: The business you’re buying being a historical operating business, with actual profitable results, changes the dynamic of an acquisition versus something where you’re acquiring a green meadow to build a vision.

When you buy the green meadow to build a new vision, there’s a lot of cash burn that goes into that. And it’s quarter after quarter.

When you buy an existing, profitable business and leverage it for cannabis, much like we did with CC Pharma, you change that dynamic, because you’re bringing in a legacy business that continues to generate cash flow for your business.

It allows you to have the cash flow to cover individual investments as you grow your business. That’s the biggest thing we’ve learned.

Matt Lamers is Marijuana Business Daily’s international editor, based near Toronto. He can be reached at [email protected].