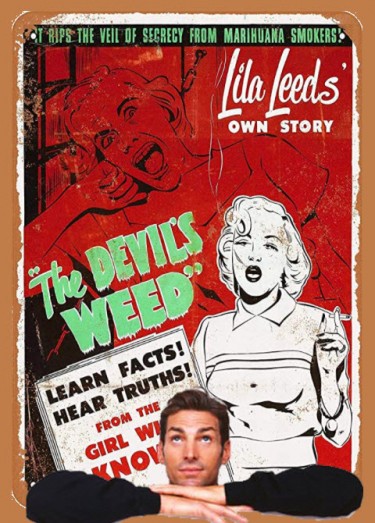 Considering that many folks are going to be “Halloweening” from home, I’ve decided to tell some stoner “Shmorror Stories”. What are Shmorror stories?

Well – cannabis is relatively a harmless plant. Of course, some people may have adverse reactions to it, but the vast majority of people who consume it have no qualms. Thus, there are no real “horror” stories when it comes to cannabis. The “horror” associated with cannabis typically comes from what happens “around the plant” politically.

Steve bought himself a nice baggy of premium weed from his local dispensary. He was planning on smoking some Cheeba under a full moon this Halloween.

When he arrived at his apartment, he left the weed on the kitchen counter and realized he forgot to buy munchies. Knowing that he will get hungry later on – especially due to the dankness of his stash – he went to his local grocery store.

On his way, he realized that he left his weed out in the open. Considering that his roommates were at work, Steve thought everything would be fine. He’d be back way before they ever got home.

Traffic was getting denser by the minute and Steve wanted to get to the store quickly, otherwise he might be stuck in it on the way back. Fortunately, it seemed like the gods of luck were on his side and he managed to make it to the store despite the rest of the idiots on the road.

Inside, he quickly ran to find all the things he’d need to sustain himself while he chills through the night with his buds. He was very aware of the check out counters and saw that more people were beginning to pile up.

There was one more cashier open and he had everything he needed. He quickly made his way to the cashier only to be cut off by an 85-year old lady with a shopping cart full of things and a bag of coins to pay for it all.

Steve felt himself sinking into his own body. “Sweet fuck!” he thought to himself.

The cashier noticed Steve’s frustration and started working as fast as she could. The old woman fidgeted about in her purse unaware of anything around her. At her age – she earned the right to obliviously roam earth and do whatever the fuck she wills.

Steve – now stuck with the decision of abandoning his mission and ordering in, or simply waiting for the old woman to finish her shopping.

He decided to wait. This was not the best decision as over time his impatience grew which inevitably led him to say some swanky shit to the woman. The woman, who didn’t hear very well what was being said, but completely picked up on the “tone” of Steve uttered something in “old people language” and went about her way.

Steve paid for his stuff and left the store. A lot of time had gone by.

Traffic home was okay. He still managed to arrive home before his buddies. Once inside his apartment, he put all the munchies in the fridge and reach inside his stash to grind up some weed only to find a handful of Oregano.

Inside a message that read; “Respect your elders bitch! – The Orego Witch!”

They’re coming to take you away!

Imagine just walking down the street minding your own business when a bunch of strangers stops you, roughs you up, forces you into their vehicle and throws you in a cage.

Sounds like something out of a horror story? Well – for over a half a million of Americans, this is exactly what happened when the cops came to arrest them and drag them to jail

I know the story about Steve is a funny, and quirky tale about bullshit, but the real horror story is the system in which we live in. We are punished for smoking and growing a plant. We have to ask permission to have access to medicine. If you fail to comply, they throw you in cages.

We are meant to cast our votes to millionaires who quibble for power and are manipulated by algorithms – our choice filtered through that which keeps our attentions locked in tightly.

The horror story is not that what we can invent within the realms of the imagination, but the sad reality that we have subscribed to the idea that “they know what’s right”. 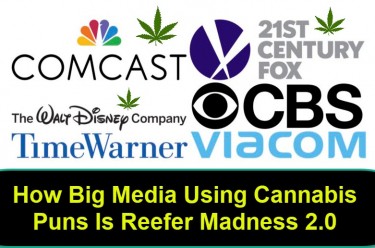 WHY MEDIA PUNS ABOUT MARIJUANA HAVE TO GO IN 2021!

REEFER MADNESS – THE KIDS WILL GET INTO OUR EDIBLES!