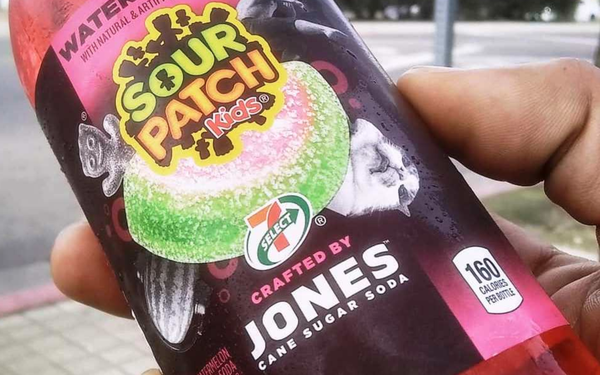 An uptick in foot traffic at
convenience stores and gas stations helped fuel Monster Beverage’s highest-ever quarterly net sales, but those channels remain a work in progress for Jones Soda.

Monster’s
9.9% sales gain in the quarter ended Sept. 30 came despite a $14.1 million drop in spending on sponsorships and endorsements “largely as a consequence of COVID-19,” chairman and CEO Rodney
Sacks said last week.

Sacks cited Nielsen data showing dollar sales of energy drinks in the four weeks ended Oct. 24 in the convenience and gas channel increasing 9.3%–with
Monster’s brands up 7.3%. The company’s overall share in those channels was about 38%.

Those sales numbers pale in comparison to the performance of energy drinks on
Amazon, according to data from Stackline cited by Sacks. Sales were up 157.5% in the four weeks ended Oct. 17, with Monster’s gain on Amazon pegged at 156%.

One area where
Monster has maintained its advertising presence is the online gaming space, with its partnership of the professional esports group Team Liquid, as illustrated in this recent spot.

However, after more than four years, the company has decided to
end its U.S. beverage co-branding initiative with 7-Eleven’s private label brand 7-Select in 2021.

In early 2016, Jones became the first premium, carbonated beverage
in the 7-Select line.

“As we articulated in the last few quarters, we knew this part of our business would continue to be challenged. So we will be exiting this
business in 2021,” said Jones president Mark Murray.

“However, our relationship with 7-Eleven continues to be strong, and we are now working with them on several
initiatives for next year.” Those include “selling our Jones branded soda products on a greater scale and introducing innovation with new slurpy initiatives.”

With a history of putting user-generated images on its bottles, the company’s recent use of QR codes to encourage and facilitate voter registration generated “over 37 million
earned media impressions.”

In January, Jones will launch a campaign called “Unsung Heroes,” “featuring everyday people who have inspired us by going above
and beyond in 2020 to make the world a better place,” said Murray.

In discussing the company’s Q3 financials, Colbourne said he had no update on when Jones would enter
the CBD-infused beverage space.

In July of 2019, international hemp and CBD company HeavenlyRx announced it had acquired approximately 25% of Jones’ common
stock—with the potential to up that stake.

“I do not have any updates to provide, and we are still awaiting our guidance from the FDA before we are able to move
forward,” said Colbourne.