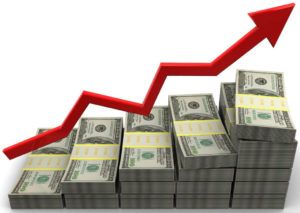 Learn more about the state of the industry at MJBizCon 2020.

Prospects look promising as well, with many MSOs well-positioned to take advantage of new – and potentially future – adult-use markets in the Northeast, Mid-Atlantic and Southwest regions.

“I think this quarter was a great shot in the arm for the industry, for the investors, for the operators,” said Joe Caltabiano, co-founder and former president of Illinois-based Cresco Labs.

“It showed that a lot of companies are turning the corner, realizing capacity they had built up, realizing consumer demand. We’re watching an industry thrive during a tumultuous time in our country.”

Andrew Livingston, director of economics and research for Denver-based cannabis law firm Vicente Sederberg, said: “I think cannabis companies have used this time to focus on their core competencies, states where they have the best business operations (and growth opportunities).”

Critical to the strong sales performance is that states generally declared cannabis as an “essential business” during the pandemic.

Livingston said it might be impossible to know if any industry is totally recession-proof, and certainly the coronavirus-spurred recession is unique.

“But what I think it shows more than anything for cannabis consumers is that cannabis is a staple commodity in their lives,” Livingston said. “Legal cannabis and good Netflix.”

Experts cite the following key factors that could make this period an inflection point for the marijuana industry:

“Everything takes longer than expected with a new industry,” Caltabiano said.

New round of M&As imminent?

The conditions also could ignite another surge in mergers and acquisition activity, he said.

Earlier this month, for example, Illinois-based Verano Holdings announced a deal to acquire Florida-based Alternative Medical Enterprises (AltMed), which would be a merger of two giant private MSOs.

Here are some examples of the outstanding performances in the quarter ended Sept. 30:

Smaller MSOs also did well, such as TerrAscend, which has offices in Toronto and New York.

TerrAscend generated $51 million in revenues, nearly double the $26.8 million the company produced in the same period of 2019. It acquired a grower/processor in Maryland for $27.5 million, started cultivation operations in New Jersey and completed a cultivation expansion in Pennsylvania.

MSOs in general are moving aggressively to acquire and expand operations in the country’s new and growing marijuana markets, including Arizona and the Northeast and Mid-Atlantic regions.

Election Day saw a ballot-box sweep for marijuana legalization initiatives, with a victory in New Jersey expected to spark adult-use legalization in neighboring states and down the Eastern Seaboard within the next couple years.

Pennsylvania is one of the favorites because of its fast-growing medical cannabis market and limited licensing.

In general, it’s seen as a market that could easily transition into adult use if lawmakers can agree on a measure.

“We just added 25% capacity that is immediately sold and absorbed into the marketplace,” Ackerman added. “So as others bring on capacity, we still see that being absorbed for quite some time. And again, it’s not even rec.”

Florida-based Jushi Holdings this week announced that it will invest $50 million to expand its cultivation and processing facility in Pennsylvania.

The situation doesn’t look as promising on the federal front, however, unless the Democrats win both Senate runoff seats in Georgia in January.

Livingston said a silver lining could exist for MSOs if federal legalization doesn’t occur in the next two, three years.

That could give MSOs more time to grow organically, he said, and solidify their positions in states where they have a strong presence.

But Caltabiano noted that 280E – the provision in the IRS tax code that prevents state-legal marijuana businesses from deducting ordinary expenses – severely constrains a company’s ability to generate cash flow.

Caltabiano dismisses the possibility that a lingering or double-dip recession will adversely affect marijuana markets.

Not only does he expect sales to continue to be strong, but he said cannabis companies are in a great position to attract talent and acquire retail and industrial real estate at good prices.

“Cannabis is going to benefit from a recession,” he said.

Jeff Smith can be reached at [email protected]