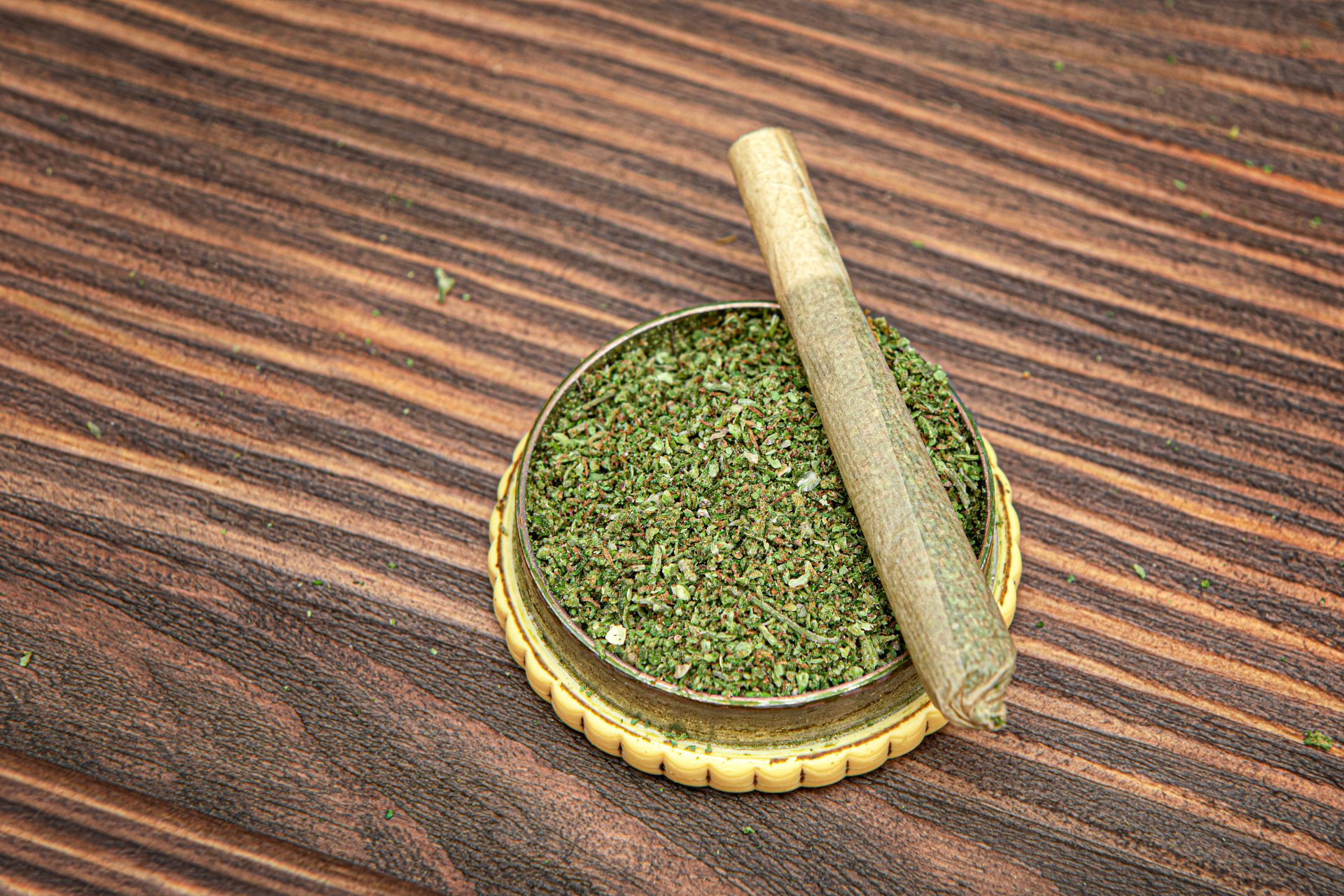 Smokable hemp flowers are a fast-growing herb. And we don’t mean down on the farm. Ever since hemp and CBD were legalized at the federal level at the end of 2019, smokable high-CBD hemp flowers have exploded in popularity. In this post we’ll explain what hemp flower is and list some of the most popular strains.

What Is a Smokable Hemp CBD Flower?

CBD and the other compounds found in hemp flowers (terpenes) have many of the same physiological and psychological effects as marijuana but, again, without the high.

The kind of hemp that you smoke is actually the offspring of marijuana and not that industrial hemp that’s grown for its nutritious seeds and strong natural fibers.

Smokable hemp flowers are grown the same way marijuana is grown — in pots or plots — rather than in big dense fields as is the case with industrial hemp. Only female plants are grown to avoid the production of seeds.

Although you might get nasty looks if you’re smoking a hemp “cigarette” in any public place where the smoking of tobacco is permitted, then you are not breaking the law. (Think of it like so-called “near beer” which looks, smells, and tastes like beer but doesn’t get you drunk.)

You can roll hemp flowers into joints. You can stuff it in a pipe. You can spark it in a bong. You can even use a dry herb vaporizer to “smoke” hemp.

There are numerous reasons that people smoke hemp.

For one, it’s not poisonous like the nicotine found in tobacco. The amount of nicotine found in one pack of cigarettes is enough to kill a person if consumed all at once. Hemp flowers are completely non-toxic. There isn’t one single credible report that someone has died because they smoked too much hemp.

Secondly, hemp is not known to cause cancer and hypertension (high blood pressure) like marijuana is.

And thirdly, hemp is not addictive like tobacco is. In fact many addiction treatment programs are now using CBD to help their patients kick deadly habits such as hard drugs and alcohol.

So, the bottom line is, if you’re going to smoke an herb, you’ll be hard pressed to find an alternative that is as satisfying and safe for human consumption as hemp flowers.

If you’re choosing between a pure indica and a pure sativa, the choice is clear:

Indicas can be extremely relaxing and are best for nighttime use.

Sativas can be uplifting and invigorating and are best for daytime use.

Below are some of the more popular strains of CBD hemp flowers available to online shoppers. Some — generally those that are grown outdoors — are more prevalent in certain regions of the country than others. This is because they are bred to thrive in a particular geography and climate.

That being said, most of these strains can be found online

Understandably, some people are not interested in smoking hemp. However, you might be interested in CBD hemp flower or High CBD cannabis strains in other ways.

Hemp flowers can be used in all of the same ways that people consume marijuana. It can be vaporized using a dry herb vaporizer, it can be cooked and infused into oils or butter, and it can be used topically.

Hemp flowers can also be powdered using a coffee grinder or bullet blender and added directly to smoothies or food. By consuming hemp flower raw you get a different set of cannabinoids — most notably CBDA rather than CBD. Although they have very similar effects, they do differ.

In 2008 researchers found that the molecular structure of CBDA closely resembled that of common nonsteroidal anti-inflammatories (NSAIDs). And in 2013 another study found that CBDA was a thousand times more powerful than CBD in binding to a specific serotonin receptor.

To Sum It Up

Smokable CBD flower is fast becoming a popular alternative to smoking marijuana strains that are high in THC as well as to smoking tobacco.

While CBD sales have slumped a bit recently, sales of smokable hemp flowers are brisk and rising fast. This can be attributed to the fact that it’s legal in almost all 50 states, can be purchased without a medical marijuana card, and can easily be purchased online and delivered to your doorstep.

The more people that switch to hemp from other forms of CBD, marijuana, and tobacco, the higher the quality of hemp flower strains will become in the future.

There are two important concepts that you’ll need to grasp before we talk about the available delivery methods for CBD oil. These are CBD’s bioavailability and onset time.

Bioavailability refers to how much of the CBD contained in the product makes its way into your bloodstream. The main factor in bioavailability comes from the fact that oil and water don’t mix well. CBD is oil and blood is water-based. As a result, much of the CBD in your system is absorbed into fatty tissues before it can get into your bloodstream. One way to overcome this problem to some extent is a process called nanoencapsulation in which nanoscale droplets of CBD oil are encapsulated in a microscopic casing that more easily homogenizes with water. Nanoencapsulation can increase a product’s bioavailability by as much as 400 percent.

Onset time refers to how long it takes for the CBD to take effect. Onset time is dependent on the path by which the CBD gets into your system. When inhaled, CBD is instantly absorbed into the bloodstream via blood vessels in the lungs and is quickly transported throughout the body. Edibles provide a slower onset time because it takes time for the CBD to make its way through the digestive system.

Both bioavailability and onset time can vary greatly from product to product. For example, while edibles tend to have a longer onset time and lower bioavailability, vaping CBD oil provides almost immediate onset of effects and offers near 100 percent bioavailability. However, that doesn’t mean vaping is a

Here’s a rough breakdown of the various products and their bioavailabilities and onset times:

Slow onset time (up to an hour)

There is another consideration when choosing a CBD product and that’s what’s in it aside from CBD. A spectrum of CBD oil formulas is available.

Full-spectrum CBD oil – Contains cannabinoids and terpenes from the original plant. Every batch’s profile is unique.

Broad-spectrum CBD oil – Contains purified CBD as well as other cannabinoids and terpenes in precise amounts.

CBD, found in the aromatic, resinous flower clusters of CBD-rich hemp, is just one of the scores of similar compounds known as cannabinoids. Although hemp produces CBD in the highest abundance, some strains produce additional minor cannabinoids each of which produces its own set of effects.

The most common cannabinoids in hemp after CBD include CBG, CBN, CBA. Each individual cannabinoid has a slightly different molecular structure. The effects produced by full-spectrum and broad-spectrum CBD depend on the levels of each of these cannabinoids. In other words, the CBD oil from one manufacturer might have a different effect from another. Most reputable CBD makers offer a certificate of analysis for each lot number which lists the available cannabinoids and their concentrations.

In addition to cannabinoids, hemp also produces essential oils known as terpenes. These aromatic compounds give each strain of cannabis its distinctive scent and flavor. Terpenes have been used for millennia in a healing modality with which you might be familiar known as aromatherapy. Whereas cannabinoids can make up as much as 20 to 25 percent or more of the weight of hemp flowers, terpenes, on the other hand, are measured in parts per million. As with cannabinoids, the effects of a particular CBD oil formula also depends on the levels of various terpenes.

Some terpenes can cause relaxation while others make you feel more awake. Some can increase your appetite while others can reduce appetite. For this reason, it’s important to know which terpenes are present in the product you are considering buying. While one formulation might produce unwanted effects, another might be ideal for a particular user. CBD is odorless and tasteless, while terpenes have strong aromas and flavors. For this reason, CBD-infused products such as topicals are often made without the addition of terpenes.

How to choose the ideal CBD product for you

Now that we have a basic understanding of what’s in CBD products, let’s take a look at the various factors that need to be considered when determining which product is right for you.

People take CBD for a wide array of medical conditions. Some of those conditions, such as panic attacks, PTSD, etc. come on quickly and need fast relief. The products with the fastest onset time are inhalable such as vaporizers and atomizer inhalers. If you’re using CBD oil as a dietary supplement, on the other hand, the onset time is not really a factor and products such as tinctures, oils, and edibles will do just fine.

The time and place that you take CBD can be a huge factor in determining which CBD product is right for you. For example, if you’re taking CBD every morning or evening before bed, and you’re doing it home, then tinctures might be perfect for you since you can just keep a dropper in your medicine cabinet. On the other hand, if you’re traveling, edible products might be a better choice because there’s nothing to spill.

This one is pretty much a no brainer, but the type of product should be matched to the condition. For example, if you’re using CBD to treat a skin condition, then a topical product such as cream, ointment, salve, or balm would be advised. On the other hand, if you’re taking CBD to deal with a digestive issue, capsules and edibles are a better choice.

Another thing to be considered is the accuracy of the dosage. Dosage is easy to determine when you’re taking capsules because it’s right on the bottle. Determining dosage is much more difficult with a method like vaping. Vaping dosage, on the other hand, depends on a number of factors including how much you inhale and how deeply you inhale it.