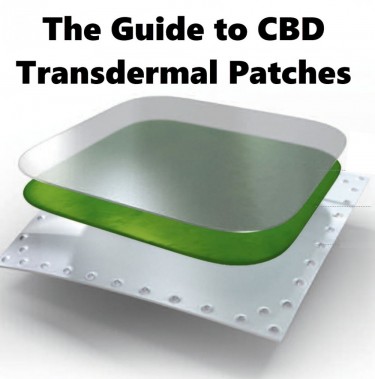 The numerous benefits of CBD have seen the development of new and innovative delivery methods that increase the level of potency, quality, and efficiency. CBD oils, CBD capsules, CBD sprays, and CBD inhalers are common examples of delivery systems used for CBD. Each delivery system has its peculiarities and advantages. In this article, I’ll be drilling down on one of the most prominent CBD delivery systems -Transdermal patches. Read on!

What are Transdermal Patches?

Transdermal patches are drug delivery systems placed on the skin surface to allow the release of chemicals into the bloodstream. It is an innovative drug delivery method that was initially approved by the FDA in 1979 for scopolamine which was used for motion sickness. The commonly used nicotine patches which are used by smokers wishing to tone it down a bit was also approved in 1991.

It should be noted that over the past couple of years a lot of medical cannabis users opt for CBD transdermal patches over other delivery methods. This is majorly due to the ease of using transdermal patches, and the health risks associated with other methods like smoking and vaping. The smoke from smoking or vaping marijuana may not contain as many harmful substances as tobacco smoke, but it’s also harmful. Some of the substances produced can irritate the lungs which can lead to health problems like cancer.

Dosing of edibles has always proven to be an issue as well as the onset of action with respect to time of usage. These are all effectively dealt with in transdermal patches, adding to the list of reasons why the majority of medical cannabis users today are embracing CBD transdermal patches.

However, it should be noted that transdermal patches rely on activators such as heat from the skin to activate the release of cannabinoids through the skin surface. This can be slow and inefficient due to varying temperatures of the body with ailments. It should also be noted that the skin’s mechanism of keeping out contaminants and toxins can also pose a problem to absorption. This is why some transdermal patches contain permeation enhancers to aid absorption.

This type of transdermal patch has the cannabinoids stored in a reservoir. Reservoir patches usually contain a release membrane to permit the release of the cannabinoids from the reservoir. They also contain an adhesive for attachment to the surface of the skin. These are more effective than matrix patches because the membrane controls the rate at which CBD is delivered through the patch. This ensures steady and controlled release through the patch.

How to Use Transdermal Patches

It is very easy to use transdermal patches but it must be done correctly. Failure to use the patch the right way can cause therapeutic failure.

The patch is removed from the protective film that acts as a covering. It is then placed depending on the use of the patch. For localized relief, the patch should be placed close to the affected area preferably close to joints in the area. This is to ensure that concentrated doses of CBD reach the site of action quickly. For general relief, the patch can be placed on venous parts of the body such as the wrists, shoulder blade, or lower abdomen.

The quantity of dose delivered to the site of action can also be controlled. The transdermal patches are stable which means that the cannabinoids cannot be released prematurely before touching the skin or after removal. To stop the dose, the patch just has to be removed from the skin. For higher doses, another patch can be added to the site.

Transdermal patches ensure that a good amount of CBD applied to the skin makes it through to the blood vessels. This ensures that a good concentration of CBD reaches the targeted site for action. This mode of delivery also allows CBD to bypass organs such as the liver and lungs. These organs reduce the amount of CBD absorbed by the blood when CBD is inhaled or ingested.

The transdermal patches give long-lasting relief with a steady delivery of the dose to the bloodstream. Steady delivery and circulation through the bloodstream can afford 8 hours of gradual relief. The slow-release mechanism of transdermal patches allows it to last longer. It should also be noted that the dosage can be stopped by the user and reused.

Transdermal patches usually contain preloaded and measured doses of CBD. This allows the dose to be easily controlled by the user compared to smoking, vaping, or edibles. The user controls quantity by removing the patch to stop release and adding a new one for higher doses.

Transdermal patches are a discrete and comfortable mode of using CBD. It saves many cannabis users the problem of carrying a bottle of CBD oil or sprays everywhere. The patches can easily be placed underneath clothes and they ensure steady delivery of CBD.

Transdermal patches have a pretty rapid onset of action because they are quickly absorbed through the skin and circulated through the bloodstream. They can be placed close to specific target sites to release CBD that reaches the site of action quickly.

WHAT ARE CANNABIS-INFUSED PATCHES, READ MORE… 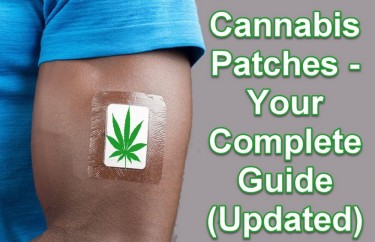 THE GUIDE TO CBD TRANSDERMAL PATCHES, DO THEY WORK? 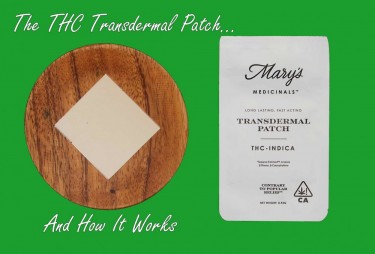