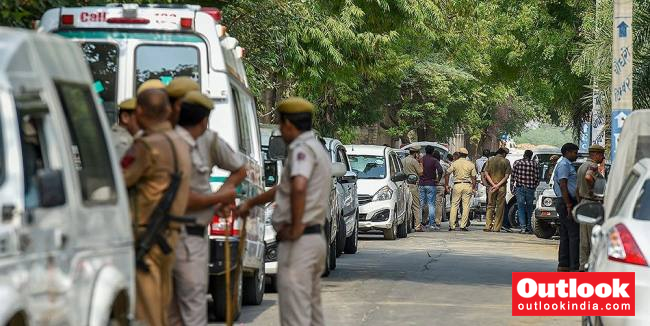 Even as a police team from Maharashtra police reached Kullu to crack the drug supply chain, sourced mainly in the drug hotspots of Kasol and Manikaran valley, Himachal Pradesh administration insists the probe be entrusted to Maharashtra Anti-Terrorism Squad (ATS) to smash the international mafia behind the racket.

The development comes in the wake of the seizure of a large haul of charas worth Rs one crore by the Maharashtra police at Pune railway station and the arrest of two persons both from Himachal Pradesh.

Director-General of Police (DGP) Sanjay Kundu is reported to have spoken to his Maharashtra counterpart Subodh Jaiswal and asked him to hand over the investigation to the ATS for “working on international links and also find out if there is a terror funding angle “ in the drug supply chain to some of the Indian cities.

“During the investigation in the particular case, the police have found that the consignment of 34 kg recovered at Pune was meant for meeting the demand at Una, Mumbai and Bangalore for New Year celebrations”, said Himachal Pradesh DGP admitting that the narcotic substance was being supplied regularly from Himachal Pradesh.

Kundu said keeping in view the gravity of the situation, he has asked the Additional DGP N Venugopal to coordinate with Maharashtra ATS to exchange all the inputs and provide clues of the traffickers, frequently involved in the racket. A Special Investigation Team (SIT) under DIG Bimal Gupta has been set up along with SP (Kullu) Gaurav Singh and two others.

The ATS is expected to visit Kullu in the next few days to raid some of the hideouts and hotspots.

Insiders say two persons, both natives of Kasol, who were behind the consignment seized at Pune were absconding from the area but the police have energised its network to find their locations.

Kullu has emerged as the biggest hub of cannabis cultivation following the entry of foreigners in the supply chain. The people in some of the high altitude and inaccessible mountain valleys like Malana and Manikaran were provided hybrid seeds for harnessing the potential of the area.

‘Malana cream’, which has the highest demand in the internal markets is the most superior brand of cannabis originating in Himachal Pradesh.

Superintendent of police Kullu Gaurav Singh who has gone on an offensive against the drug gangs said more than 166 kilograms of Charas has been seized in the district since January 2020 which is the biggest seizure in the last 10 years.

“In June, the police seized 42.05 kg of Charas, the single largest seizure in the past 17 years in the Banjar area of Kullu. A buyer from Haryana, a transporter, a dealer and also the supplier all were arrested”, he told Outlook.

In all 241 persons, including 13 foreign nationals beside 15 Nepalis have been arrested during this year till December 27 in Kullu alone.

Mandi police also arrested two persons with heroin worth Rs one crore last week. Both the persons from Ambala were engaged in drug supplies in districts of Bilaspur, Mandi and Kullu.

The point is how such a large quantity of drugs escaped to big markets, both in India and abroad despite close surveillance and checks initiated by the police. Many believe that the police since has multiple tasks in hand, the primary one being the law and order enforcement during the pandemic, gives an ample chance to notorious drug smugglers to deliver the consignments easily even in places like Mumbai, Goa and Bangalore.