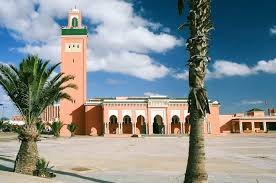 Moroccan judicial police on Thursday discovered 2.5 tonnes of cannabis resin thrown in a landfill near Laayoune, the country’s General Directorate of National Security (DGSN) has announced.

Moroccan judicial police, with the help of the General Directorate of Territorial Surveillance (DGST), arrested a 42-year-old suspect after inspection on the same day.

The 2.5 tonnes of cannabis resin drug were found in 75 packages thrown on the outskirts of Laayoune.

Police also seized the suspect’s i vehicle, after establishing it was used for his criminal activity.

Official Moroccan govt figures say that seizures of cannabis and related substances increased to 217 tonnes and 323 kilograms. The number represents an increase of 37 tonnes compared to the previous year.